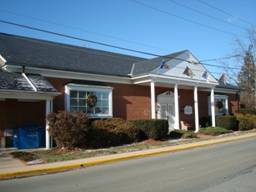 In 1784 with 28 members and an equal number of books, a subscription library was established to “promise Knowledge and Literature in the Township of Oxford…” It became a free public library in 1939 but had no permanent home until December 1970 when a colonial style building was erected on Second Street through the bequest of Clyde Alexander in memory of his wife Katherine Bicking Alexander.  Today, the Oxford Public Library has a patronage of over 9,000 and a collection exceeding 50,000 items.  A small entrance addition was constructed in 2000 in order to facilitate accessibility.  Because of the burgeoning and diverse growth of Oxford since 2005, physical expansion is necessary to ensure our Oxford Public Library’s continued quality of services for generations to come.

The proposed Master Plan and Expansion Design consists of a new addition, a renovation to the existing library building, and significant site improvements.  These goals follow:

The existing Oxford Public Library is a split-level building with an undersized elevator lobby that was added in 2000 to conform to federal accessibility requirements.   Upon entering one must use stairs or the elevator to arrive at either the main library on the upper level or the children’s library and community spaces on the lower level.  The lower level has limited connection to the outside with only a few small high windows on the west wall.  There is little opportunity for interaction between the users of each space, a condition that the library would like to change.

The original main entrance to the building, via steps in a lobby located on Second Street, is currently used as a storage area.  Outside, pedestrian and parking space is sorely limited.  Cars and library users move through the parking lot together. The Library recently purchased a portion of property along Second Street and a property to the rear fronting on Western Terrace in order to address the need for building and site expansion.

Through a series of design workshops, the design team and Oxford Library representatives developed the expansion plan.   The plan features a multi-use new wing and entrance.  The entrance link will serve as a connector to the existing building, a gathering space for people, and a gallery.

Outside the building, the master plan proposes to expand the parking space and take advantage of the access to Western Terrace.

The project work will be completed in two phases.

Phase 1 will include the building addition and work associated with relocating the adult library to the new building and relocating the children’s library from the lower level to the upper level so that it will better connect with the new wing.  The Phase 1 site work involves a new parking area and new entrances.

Phase 2 includes completing the renovation of the existing building.

We are happy to announce that Phase 1 has been completed.  Please stop by to see our New Adult Library that includes lots of natural light, a welcoming lobby, a Reading Lounge, a Self Checkout Kiosk and much more. 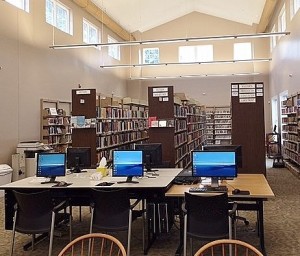 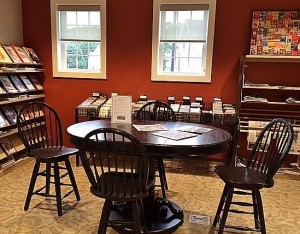 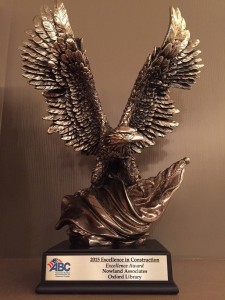